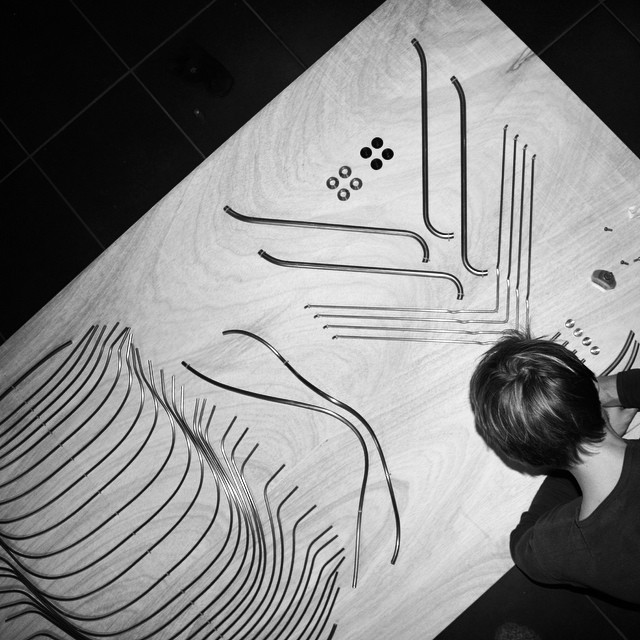 But at one point Christian and Jasper started to enter into the realms of design. They found the space and time to immerse themselves into a new world. And into the idea of being a vital part of this world. It was an exciting, but still very vague thought.

However, the sense of reason was still there. A thin layer of reason and rationality wrapped around the big chunk of dreams and ambitions.

”It’s important to get some experience from the real world.”

”We don’t know if this is right for us.”

”Maybe we should become royalty designers and design for others. Like most people do in this industry.”

The idea of starting something together kept popping up. But it was shapeless. They didn’t know where to start or what to do.

So they finished school and had normal adult jobs within design. But at some point the urge to create something for themselves outgrew the ’Project Money in the Bank’. The dreams and ambitions conquered. One of the motivating factors were the many attempts from external design companies trying to put the Christian and Jasper designs into production via partners in India and China. This was not successful at all and caused a lot of frustration for Christian and Jasper. More about that later.

”At one point we realized we had to go all in to make this happen. Nobody else could do it, and we couldn’t do what we were really passionate about while having a regular job on the side. This epiphany was probably the first real ground stone for Overgaard & Dyrman.”