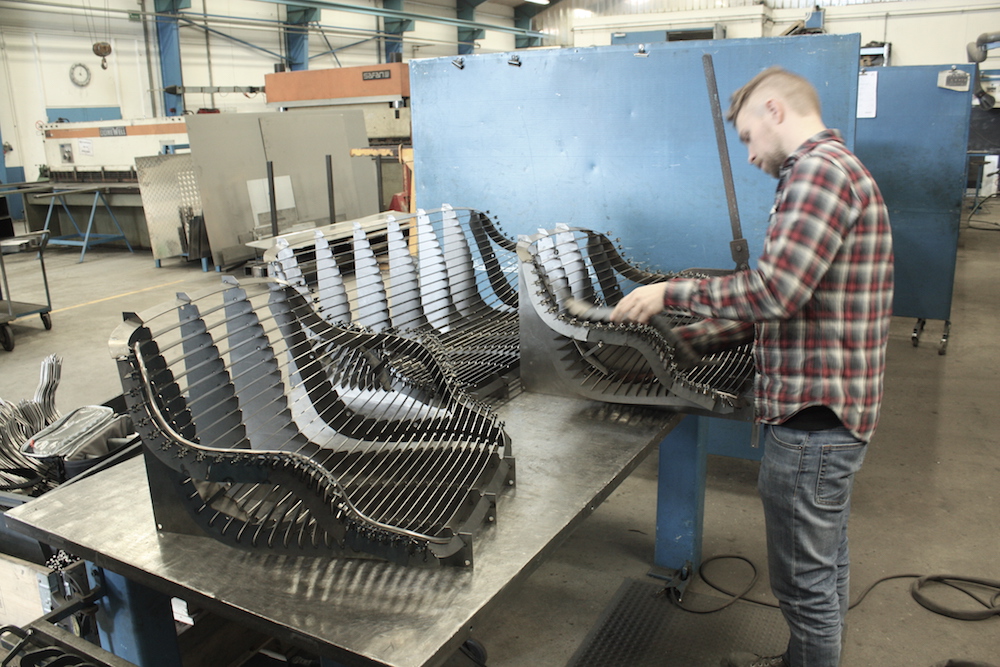 Christian and I grew up together. Well, that might be a bit of an exaggeration. But we went to school together and lived in the same area.

When this whole thing started – and by ’this whole thing’ I mean the idea of me blogging about Overgaard & Dyrman and how you build up a brand – I visited Christian in a town nearby our hometown. Far away from where I live now.

It was in the industrial neighborhood of a small town with around 3000 people. I had borrowed my parents’ car and turned down a narrow street trying to spot a house number somewhere.

Finally I found my way around the back of a huge hall. Or machine house. Or workshop. Anyway, it was huge with a lot of machinery and work stations for people working with metal. I’m not sure. I think they were making springs or screws or whatever kind of metal widgets.

The owner, an old friend from when Christian was a blacksmith apprentice, had offered to let Christian use one of their work stations in the hall.

”Nobody really understood what I was doing there, but at least I didn’t get electrified like in the hen house,” he told me.

And in general I think Christian was just grateful that he could borrow this for free, even though it wasn’t forever.

He talked me through the whole process. Showed me the iron moulds. Told me how they tried having the chairs produced in India. How nobody could do the leather work they wanted. How they had foam delivered from one place in Denmark, thread from another, furniture leather from one place and full-grain leather from another. How they created their own photo studio, when they couldn’t afford to hire one. How expensive the small metal widgets at the bottom of the chair were and that they were made by a guy we once went to school with. And how this was really their dream.

And on the parking lot his Berlingo was parked. The seats in the back were removed, and the car was now loaded with four Wire-chairs.

”A lady in Copenhagen bought them,” Christian said with a smile. 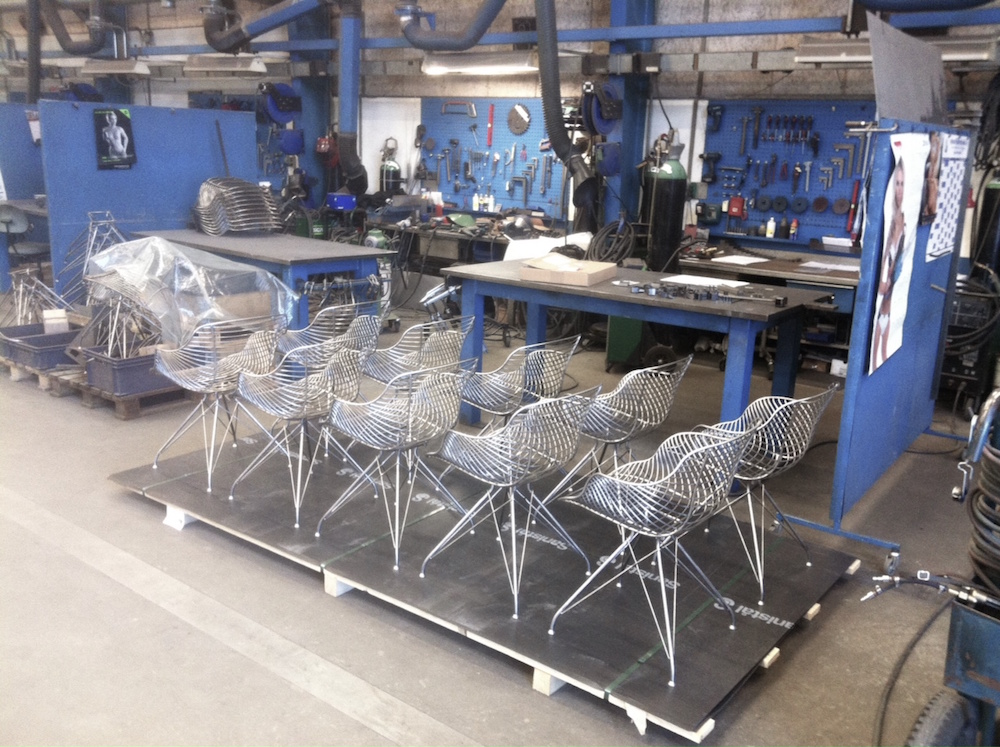