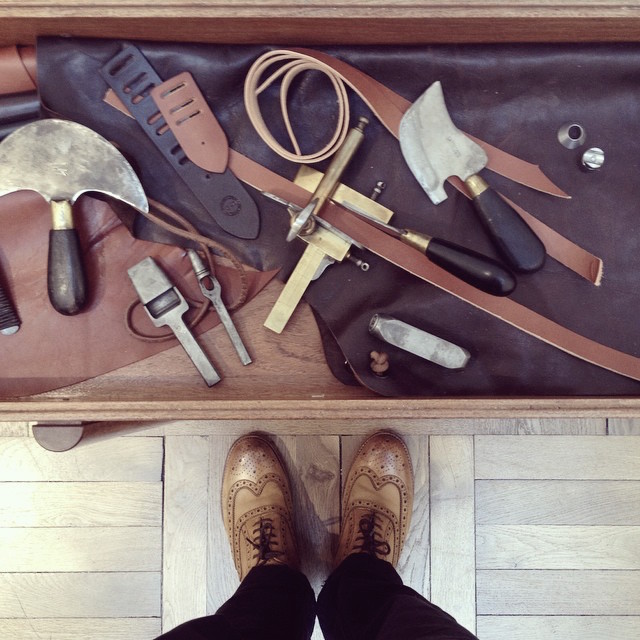 The dream and the whole idea about building something wasn’t really about giving shape to things at the time. It was just as much about thinking alike.

”At that point we thought that we both had the same set of skills,” Jasper tells me. ”But later on we’ve found out that we have very different skills and we rely on each other and our abilities. Early on it was more of a clash and we could discuss even the smallest things forever, because no one would yield.”

What the guys did agree on, however, was how to work, how to use resources and the ideas of sustainability. They read a lot about it and kept gathering knowledge on the subjects of interest, and they worked together with Risoe Research Center, a Danish technological and scientific research institution, exploring the potential in shaping with biobased plastic.

But it wasn’t all highflying thoughts of an idealistic future and changing the world of design:

”I still have a piece of paper, which I gave to Chris and some other guys at the third semester in Aalborg. It was full of ideas that could be carried out and which would earn us some money. The title was ’Project money in the bank”, Jasper says.

“Later on I realized it had nothing to do with ‘money in the bank’, but it was all about the liberty to do something, I was really passionate about, without being limited by the demands and needs of others.”

Film: Passion of the making