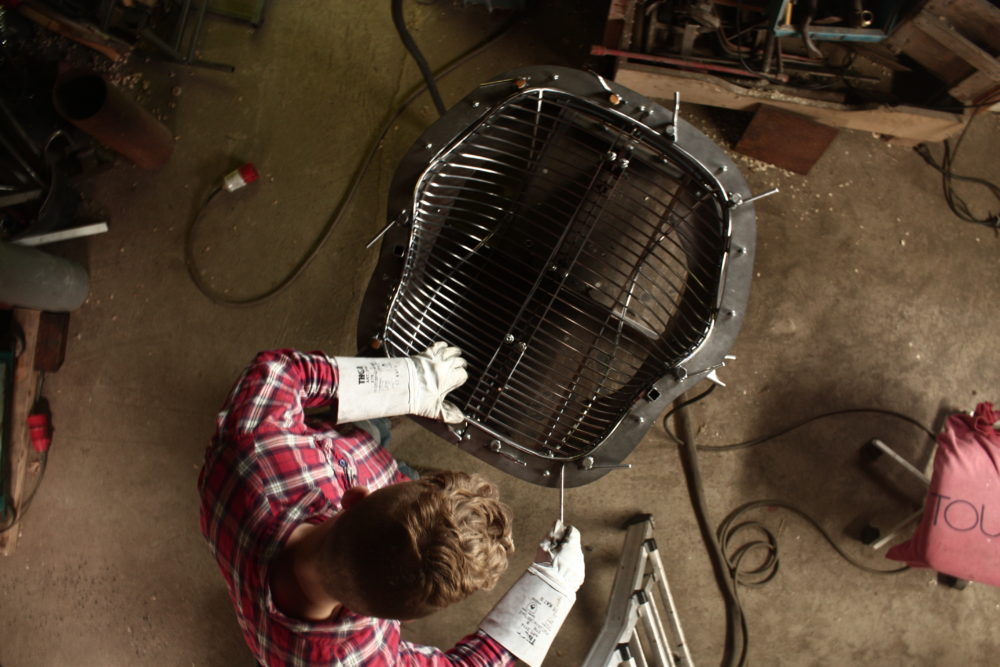 The first part of the wire story was about figuring out the design and experimenting with parts. The next part is about professionally creating the parts and joining them in order to make a complete frame.

Despite loads of hours in the hen house, Christian and Jasper were not sure, if it was even possible to make the wire construction, they had developed.

But after a while they found a company in Jutland, which had the machines to bend wires. Christian showed up with a stack of drawings and templates.

He spent a couple of days side by side with the operator and finally they succeeded in creating what they were aiming for.

It was a big thing for the company as well. The machines can do very complex stuff, but usually people only need them to make simple parts with a few  bends, so it was exciting for them as well to push their machinery to the full potential.

“When you approach somebody with an idea, which is a bit off or different, you’ll find that some of them think that you’re completely nuts, and some think that is really exciting. It all comes down to that.”

So the single parts were created. Now they needed to put them together to create the actual frame for the chair. 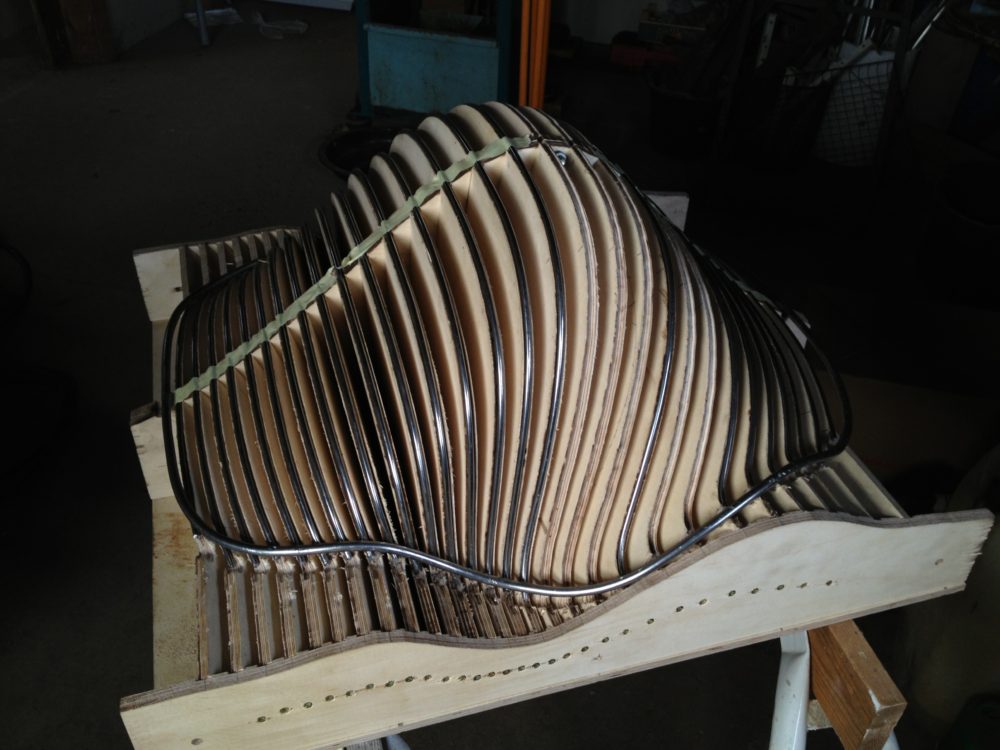 “At the beginning I made them out of wood. I had to just give it a try. There is no other way when you’re working with loose parts,” Christian tells me.

Christian and Jasper thought about outsourcing this part.

“But I never really met anyone who wanted to give it a shot, after they saw how complicated it was. Strangely people would rather do something simple and fast a thousand times than the other way around.”

“Once we’ve lined up the whole process, it usually just makes more sense that we do it ourselves.”