Why so much talk about the good handcraft part I? 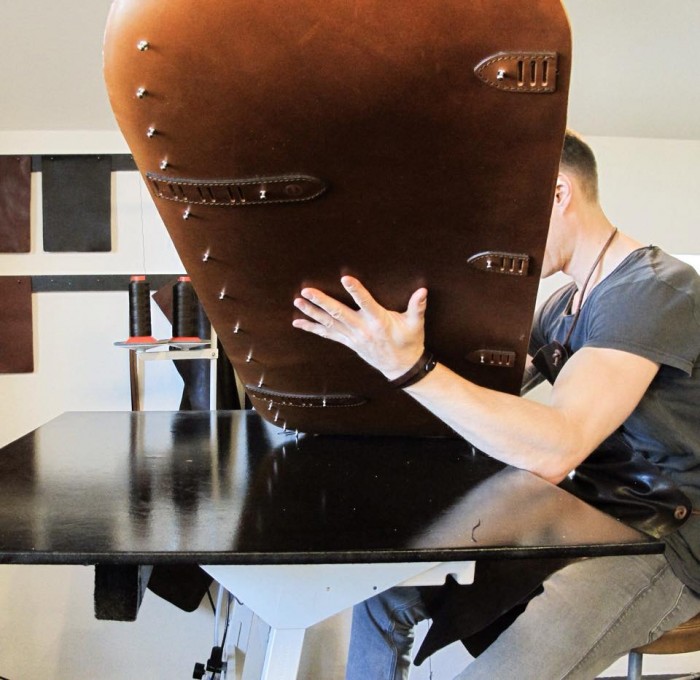 “In the beginning we were really tired of the whole China- and India-scheme. Everybody sending their designs across the world to get manufactured, and it seemed like the whole process and approach didn’t matter. If people send their products away, they completely lose touch and don’t know anything about the handcraft or the process.”

Christian is trying to explain to me, why good handcraft is so important to Overgaard & Dyrman. Obviously the guys have been there themselves – in the China-India-game, but you live, you learn.

“But as somebody once told us: It’s so easy to say what you’re against and what you don’t want instead of what you love and want to do.”

So Christian wants to tell me what they love instead of what they don’t love. And he starts off with “the rather highbrowed part of the reason”, as he puts it.

Both Jasper and Christian come from educations where they learned a great deal about architecture, the history of design and about the thoughts from the past. And this was part of what intrigued them to look back. This and probably also a reaction to the world of plastic, we’ve experienced the past 20 years.

“What we’ve learned, when we look back at Danish and foreign traditions from around 1900 and in the golden age of the 60’s, is that people actually wanted to spend time creating things. If you take a walk around town and look at the houses – especially the houses before world war II, then you’ll see that it’s much more than the square boxy design, you see today. A man has spent time figuring out a beautiful pattern of bricks, unlike today when it is utterly boring. Cheap and effective, yes, but without identity.”

For Christian and Jasper it’s the same thing when it comes to furniture design. They feel that too many lean up against what they know and are afraid to actually be original.

Where do ideas come from?

The responsibility that comes

Why so much talk about the good handcraft part II?

Collaboration across countries and professions