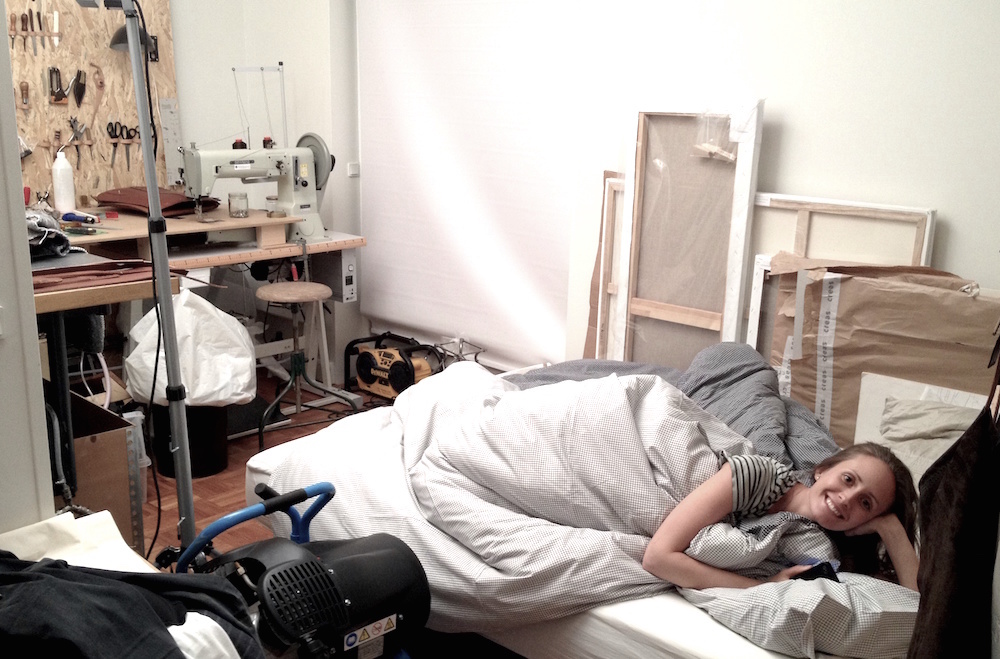 They showed me around and told me about the old place. That is, however, a different story.

At one point Jasper told me a story.

He and his girlfriend were sleeping in his old room. The 16 m2 room that for the last half year had been the main sewing room. They had spent the morning sleeping on his teen sofa after a rough night at the Danish rock and indie festival Roskilde Festival. Jasper’s girlfriend was cleaning up in front of the mirror, when she noticed somebody outside the only half open door.

It was the leather guy. The guy who sells leather and skin to all the grand and infamous designer brands In Denmark.

There he was. With hides worth thousands of kroner for Overgaard & Dyrman. Peaking through a door to an old teenage room with two hung over young people sleeping on a couch.

But he was cool and not weird about it.

“Five years from now, when we’re drinking champagne, we will laugh about it,” he said.

“It puts a nice perspective on the contrasts in our life back then. And right now as well,” Jasper says.